The V-5 and V-12 programs left a mark on the campus of the BSTC that can be seen today in the name of Navy Hall and the way students dine on campus.  Navy Hall was to be a junior high school at the time the V-5s arrived.  Dining was also different for the V-5s when the first arrived, the students used to have a formal dinner every night served to them.  With the V-5s and V-12s almost doubling the enrollment the college was forced to adapt and converted to a cafeteria type dining hall.  The number of cadets the college had to accommodate also forced the college to make changes to the dorms on campus and add rooms wherever they had space available, a remodeling of Waller Hall took place to accommodate the cadets. 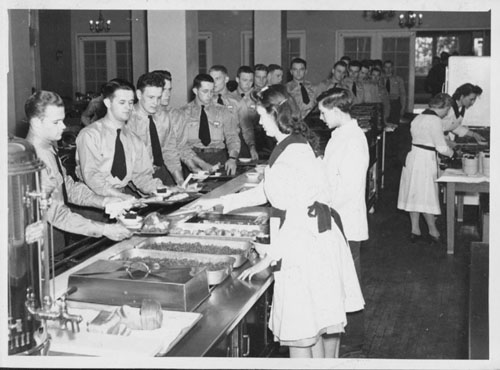 Cadets dine in the new cafeteria in Waller Hall, April 1944. 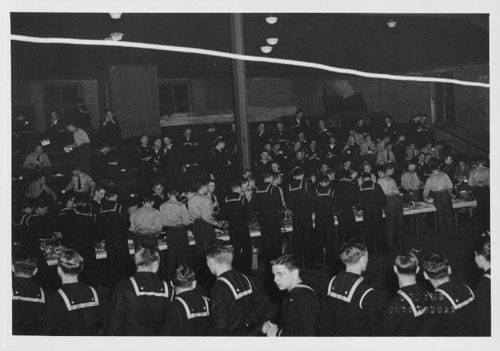 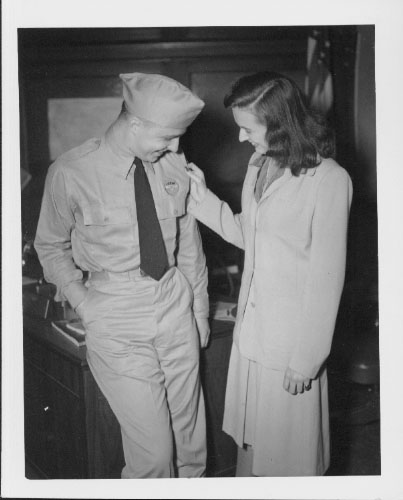 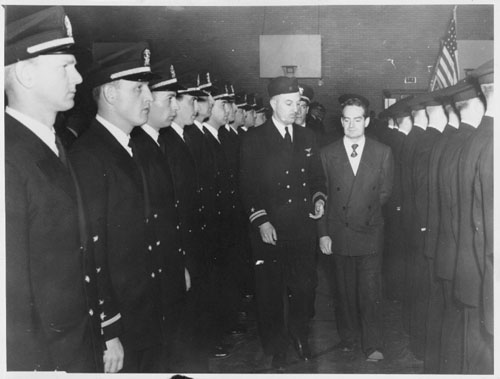 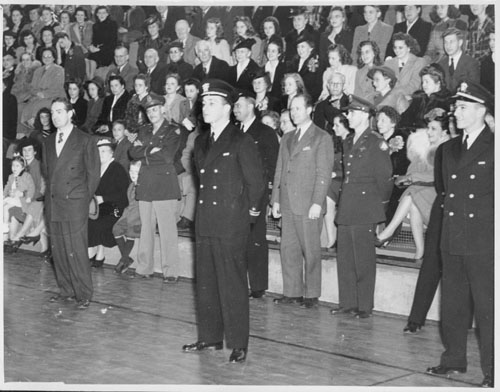 Fred Waring speaks to the crowd in Centennial Gym during a Navy review, March 27, 1943. 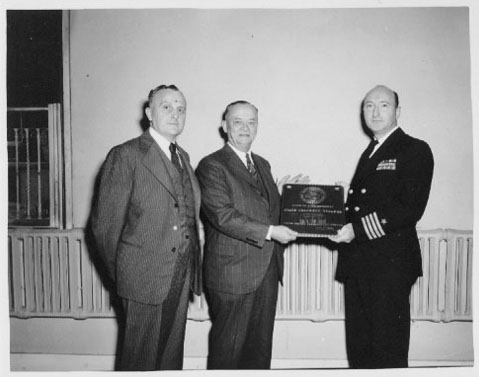 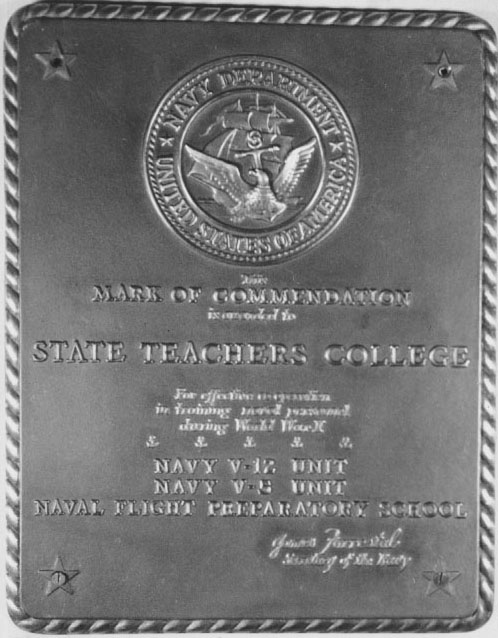 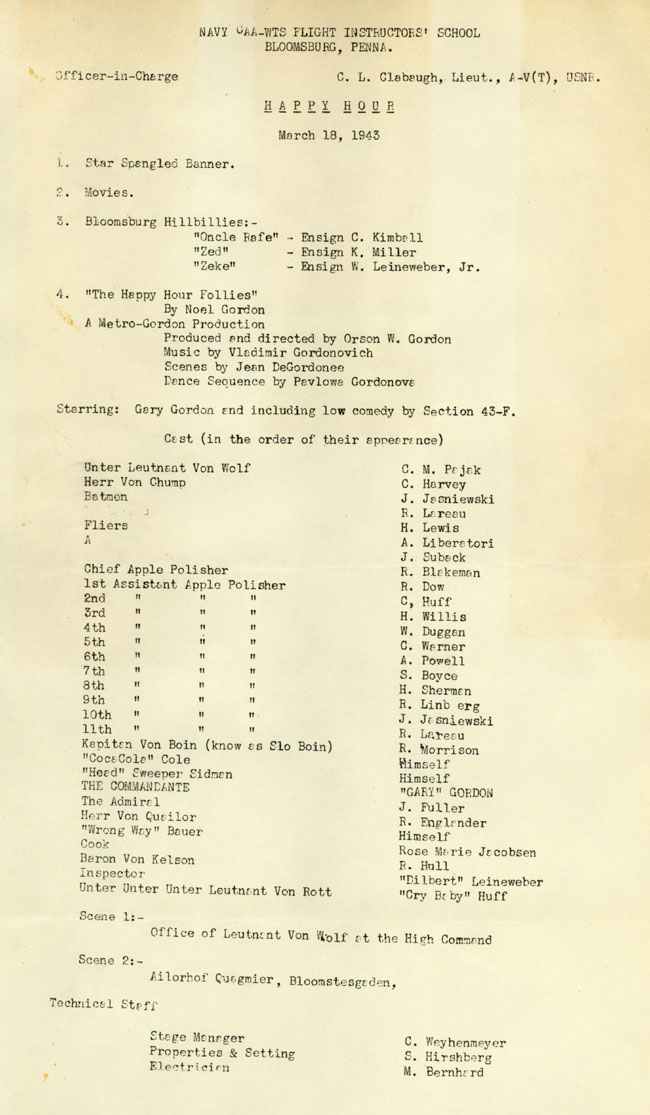