The ground school portion of the V-5 program was just as important as the flight training.  The cadets had to learn physics, meteorology, navigation, communications, aircraft engines and maintenance and a list of other courses that prepared the cadets for the rigors of flying and flight instruction.  The cadets spent two hundred forty hours total in the class room and performing physical fitness and drill exercises.  The cadets that went on to further training from Bloomsburg had the highest average scores of any of the other schools involved in the Naval Flight Instructors program. V-5 Cadets on review outside of Navy Hall

This page gives examples of the curriculum that the cadets followed in their ground schooling at Bloomsburg and even a few tests that were filed by some of the professors and are still in the archives. 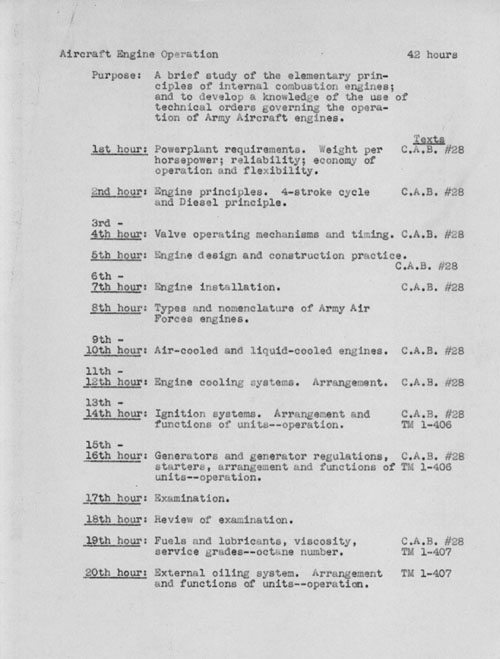 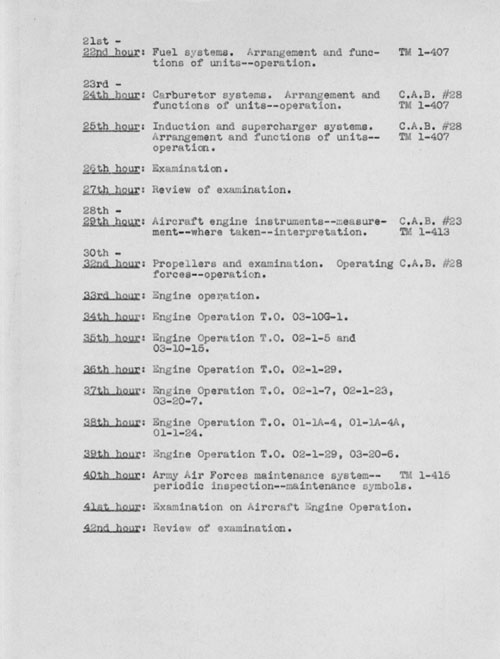 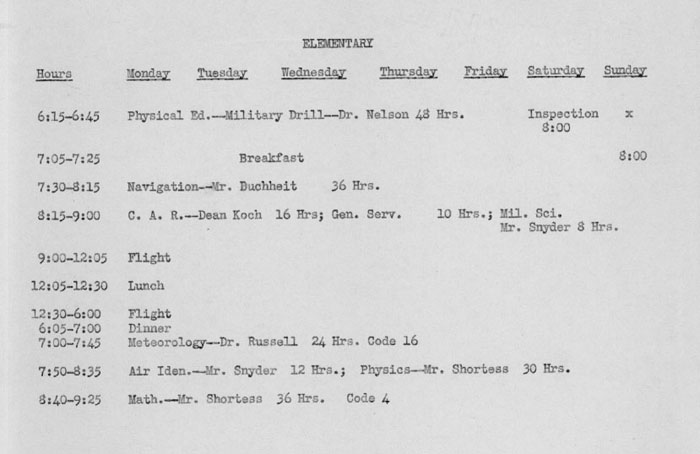 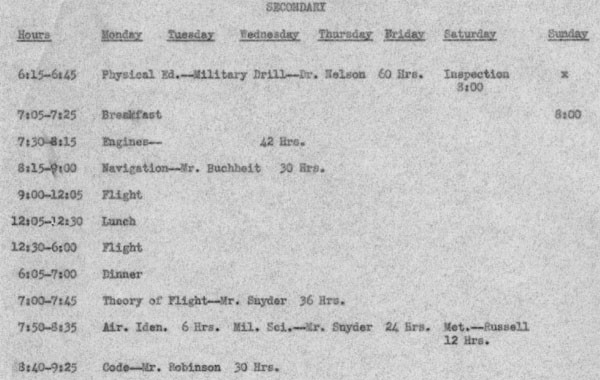