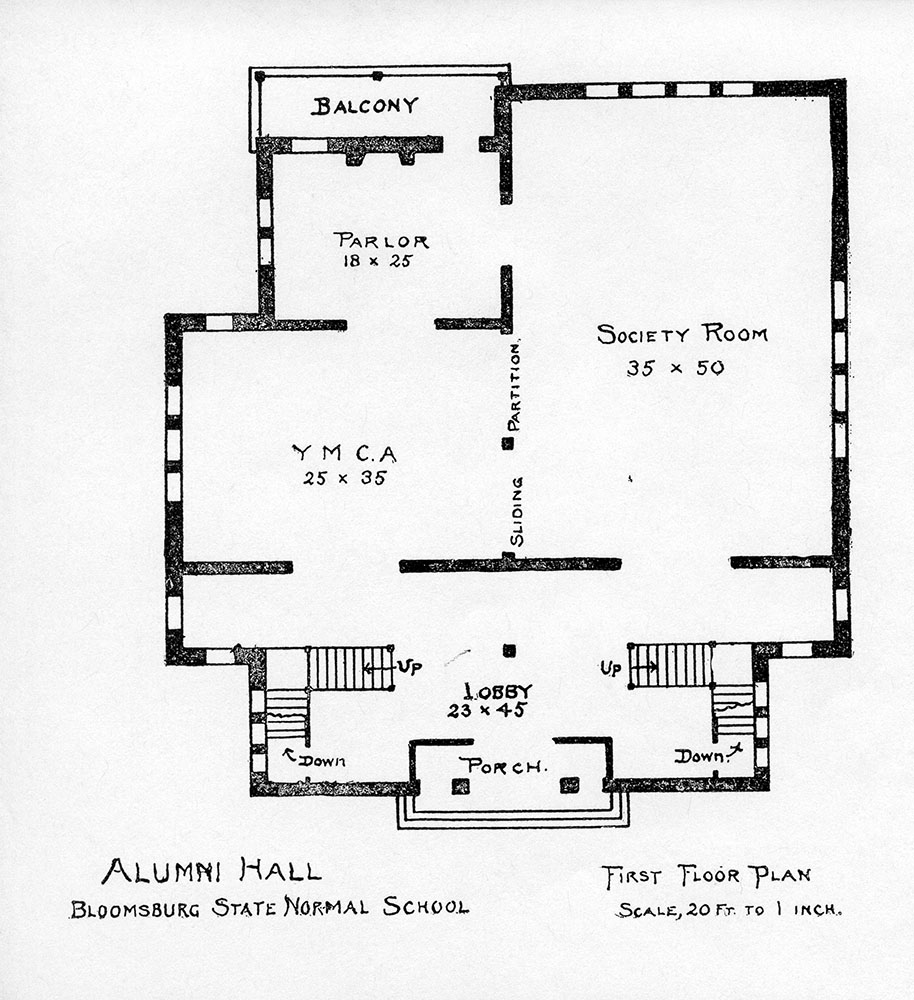 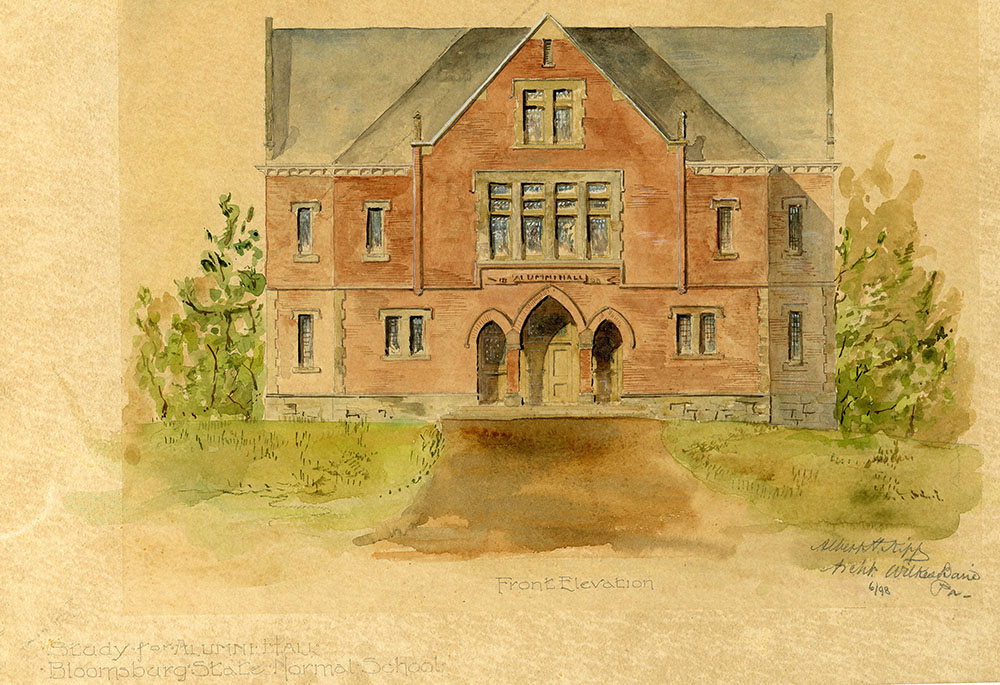 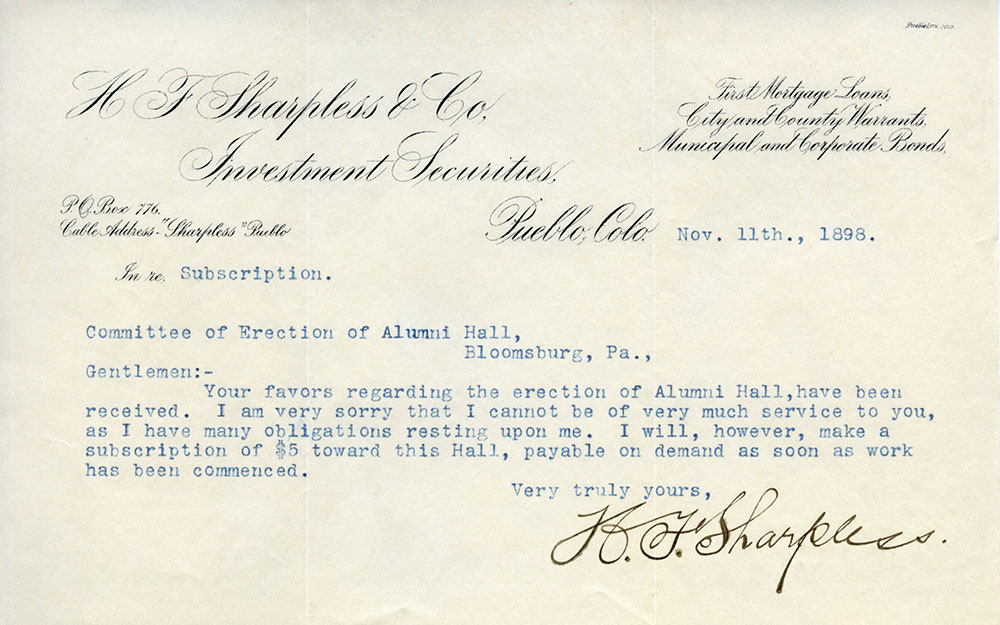 Receipts for contributions to the Alumni Hall Fund, 1898-1899 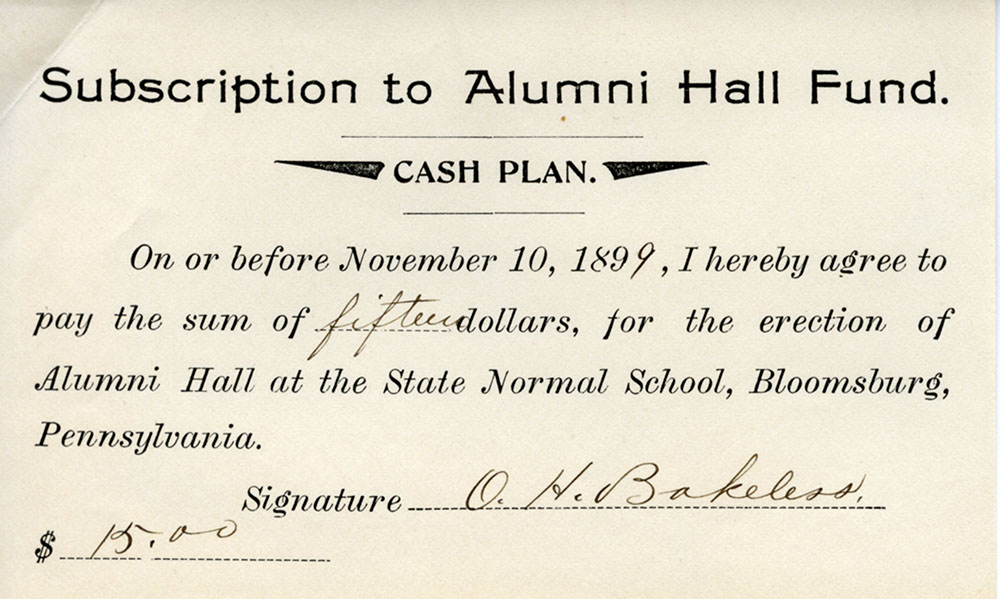 In 1898 the Association began raising money for the construction of an Alumni Hall on the Normal School campus, which was to include banquet space and be used by the school literary societies and local chapters of the YMCA and YWCA. After a good start, contributions slowed and by 1906 it became apparent it would not be possible to raise the needed funds, and so the donated monies were returned. 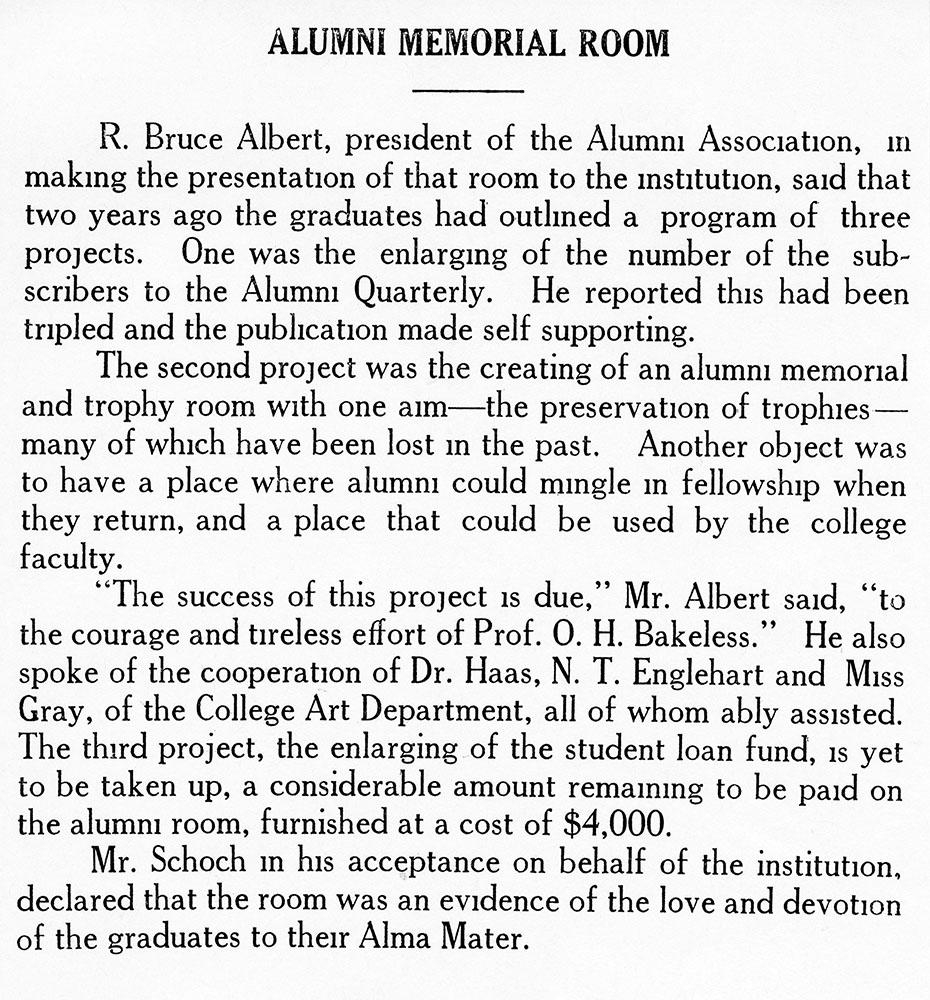 The Alumni Room project as written up in the Alumni Quarterly 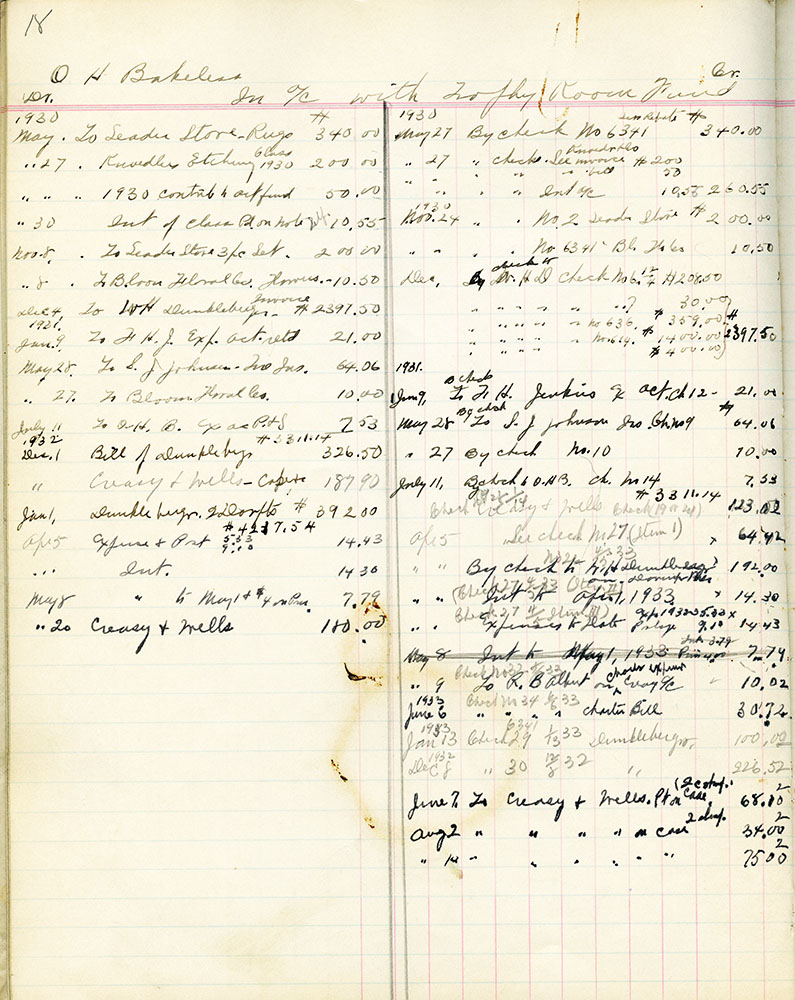 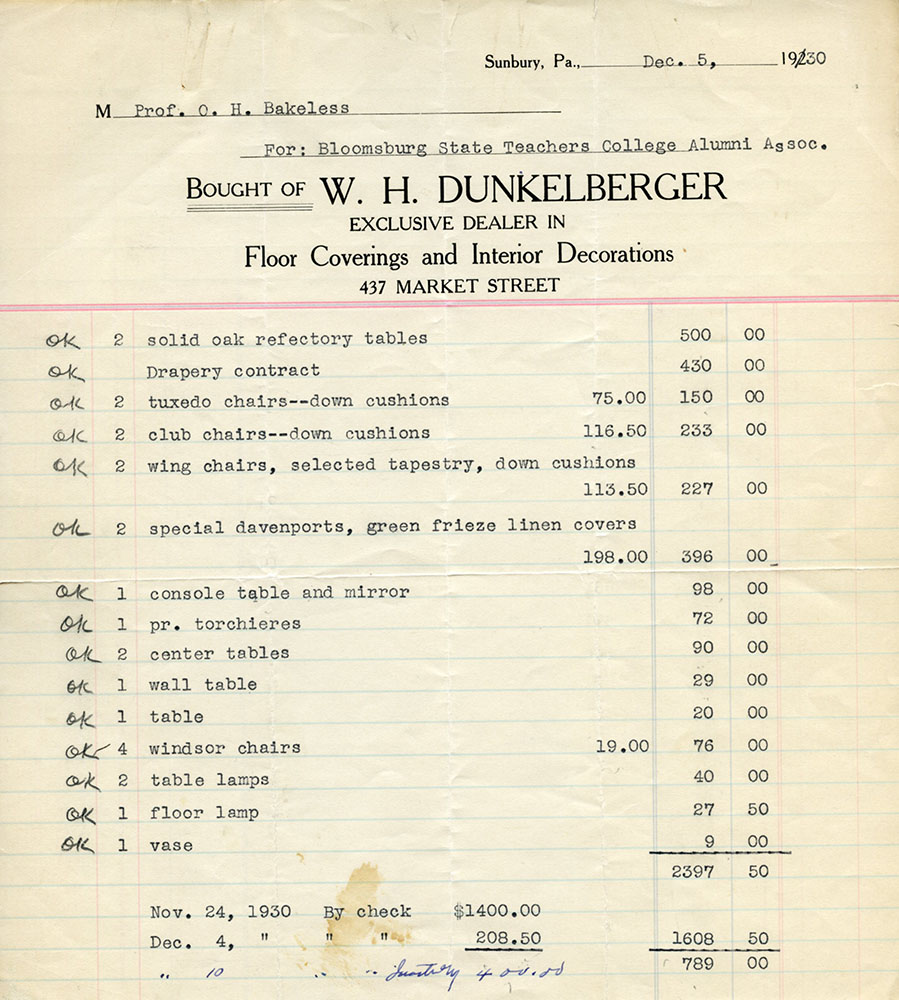 Many of the furnishings for the Alumni Room, including tables, chairs and davenports, were purchased from the W.H. Dunkelberger Company in Sunbury, Pennsylvania 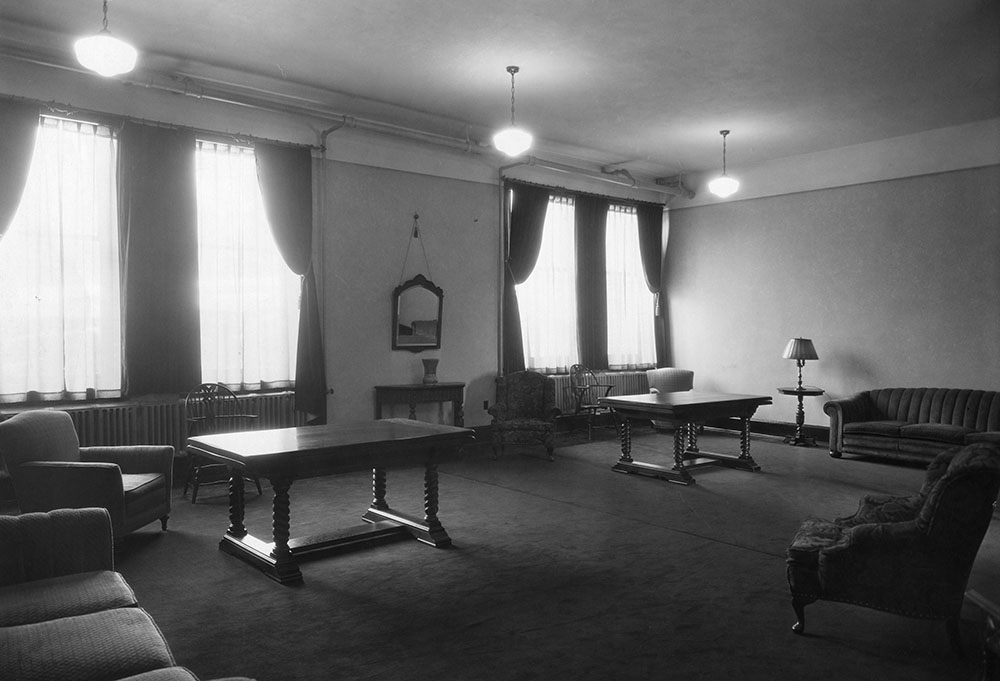 The Alumni Room in Waller Hall as seen in both the 1930s and the 1960s. Visible on the table in the photo from the 1960s is a model of campus showing the proposed auditorium and library, dedicated in 1967. What can also be seen evoking a lost era is the row of ash trays that covered nearly every campus table at this time. 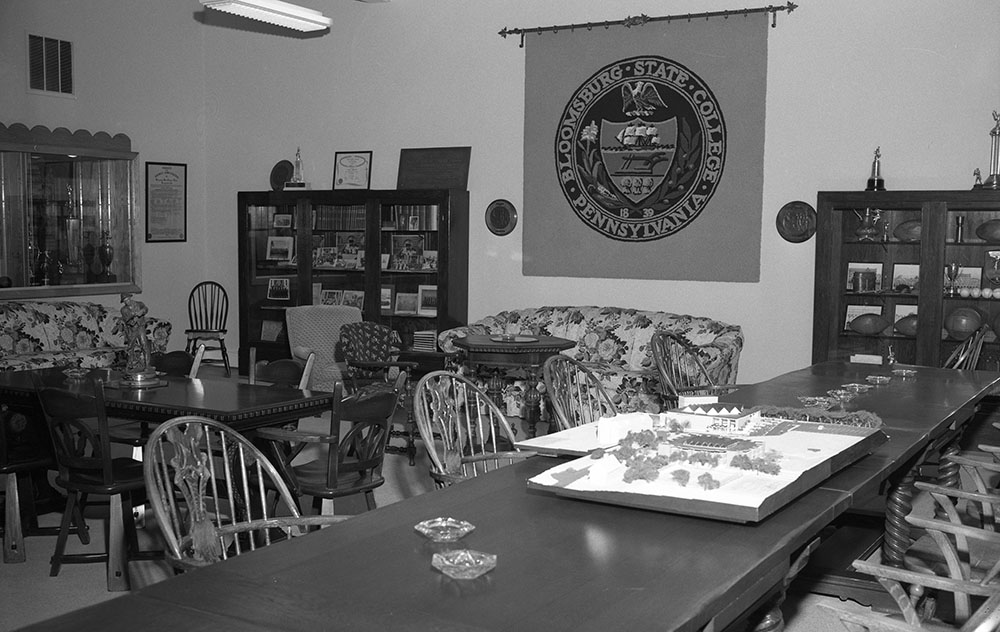 At Homecoming on November 8, 1930, the Waller Hall Alumni Room was presented to the trustees of the Bloomsburg State Teachers College. It was completed on May 26, 1934 and named the Bakeless Memorial Room in honor of deceased former faculty member and 1879 graduate Oscar H. Bakeless, who had done so much work to see it become a reality. The room remained in Waller until its demolition in 1975. 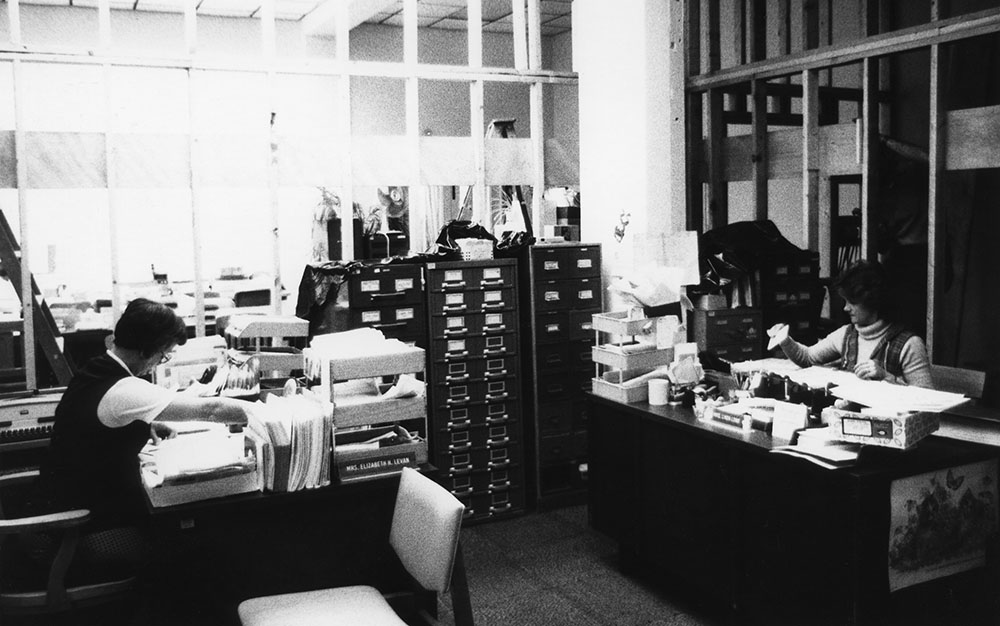 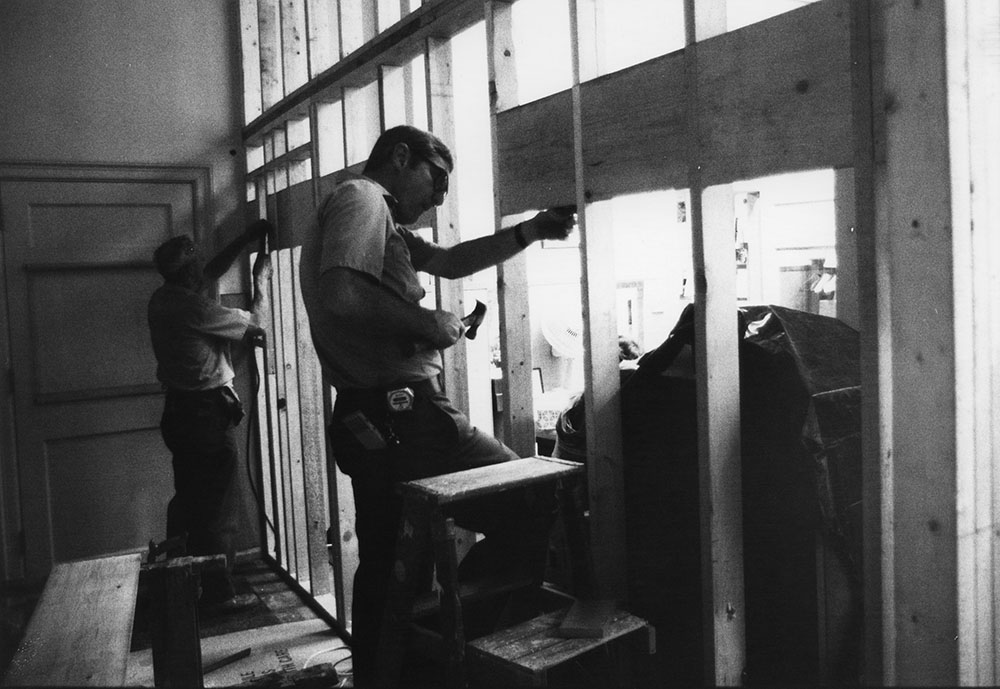 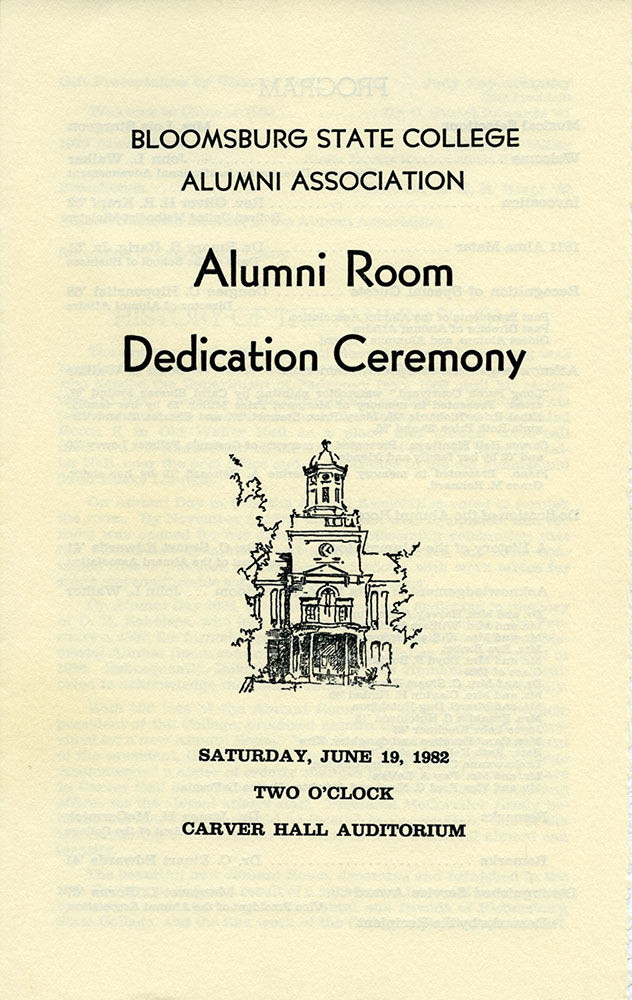 Remodeling work in 1980 and 1981 transformed part of the first floor of Carver Hall into a reception room and office space for the Alumni Association. It was officially dedicated in June 1982. 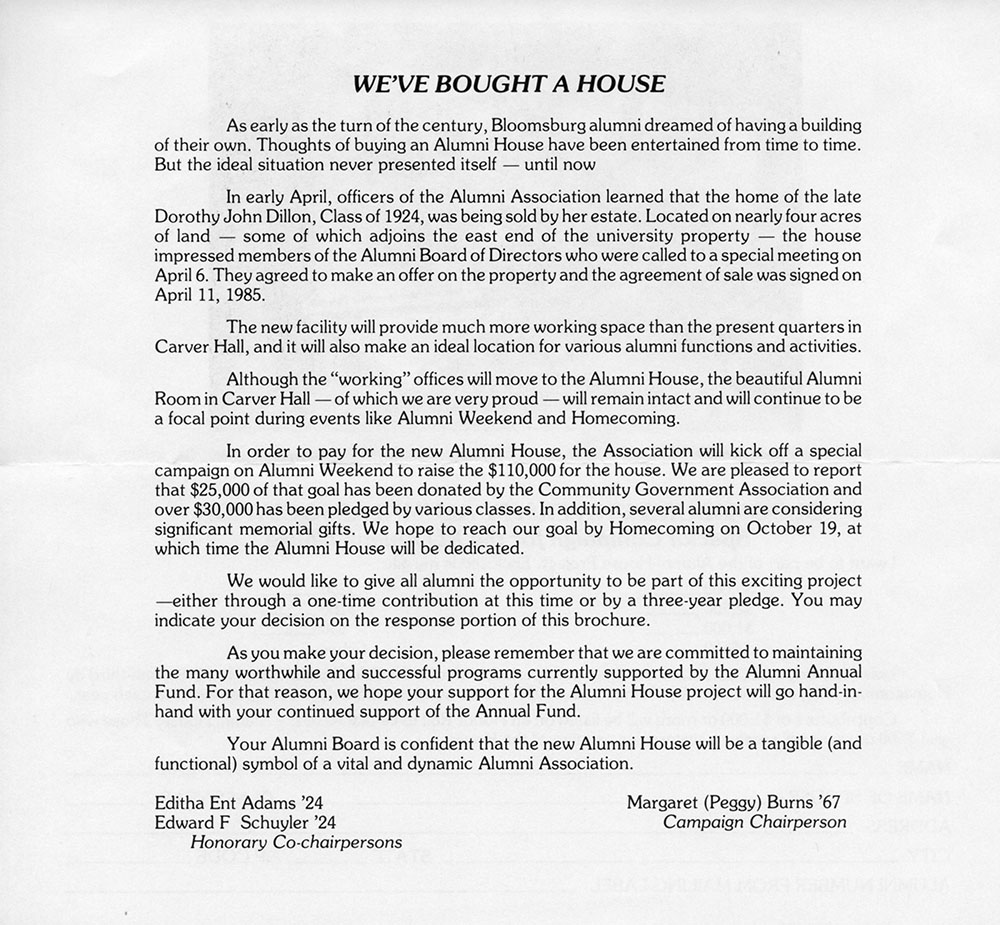 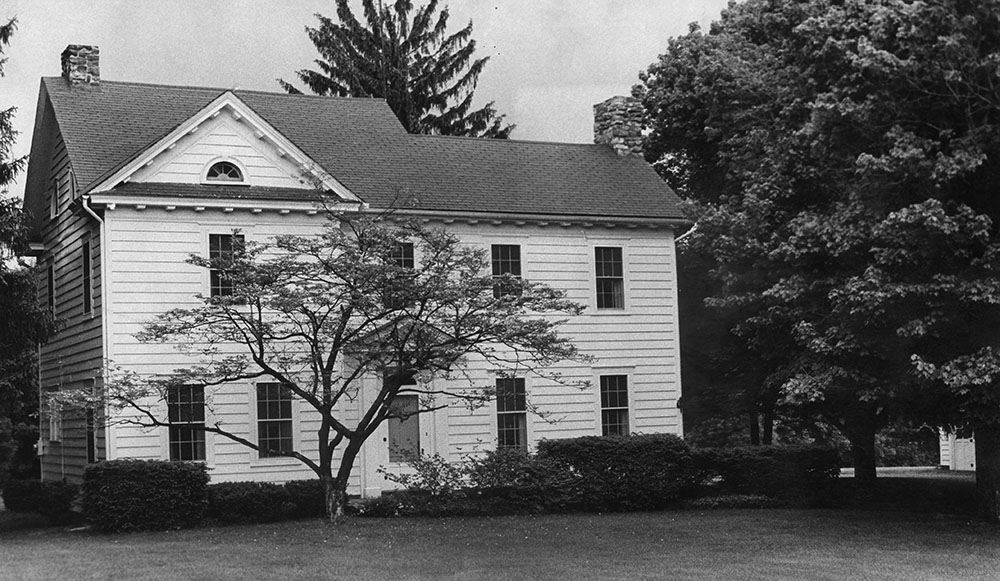 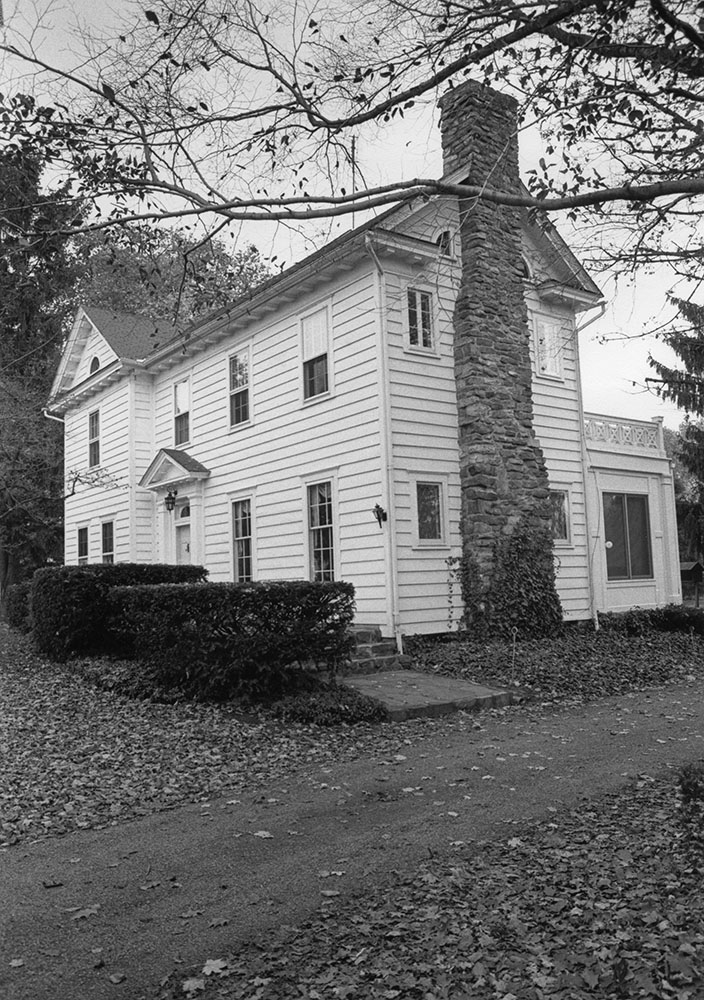 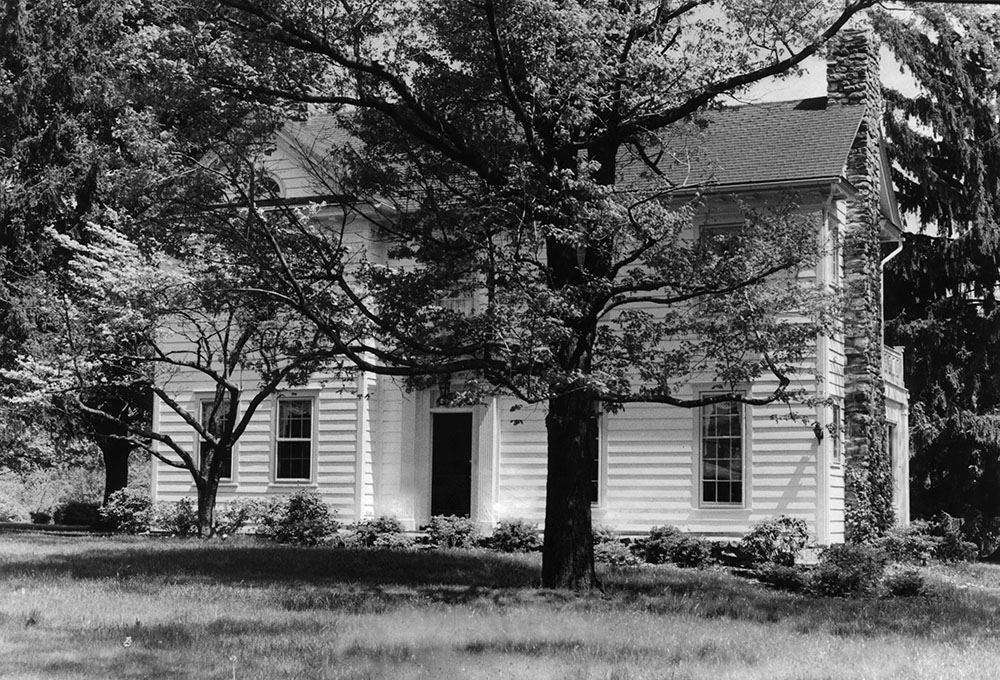 In 1985 a campaign began to raise $110,000 for purchasing a house next to the University campus along Lightstreet Road to become the headquarters of the Alumni Association. It took less than one year to raise the money. The Alumni House was named for 1912 graduate and longtime faculty member and editor of the alumni magazine Howard Fenstemaker. 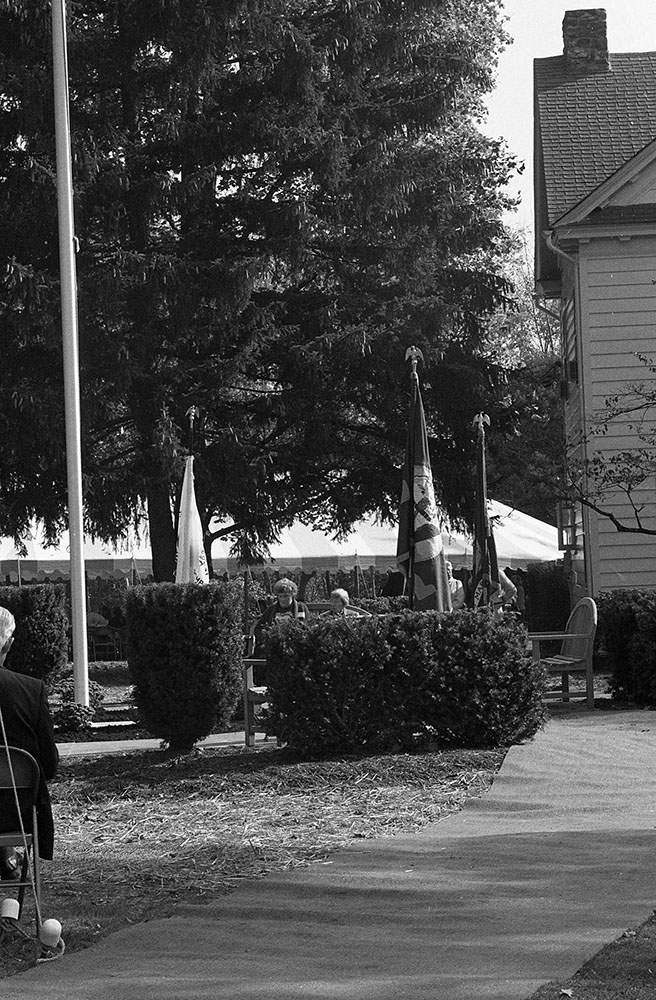 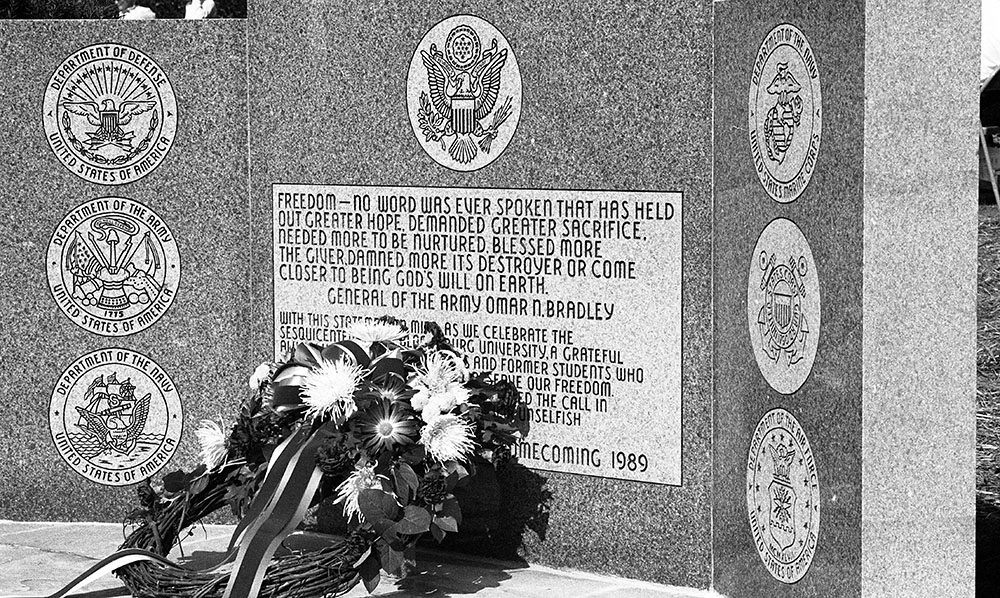 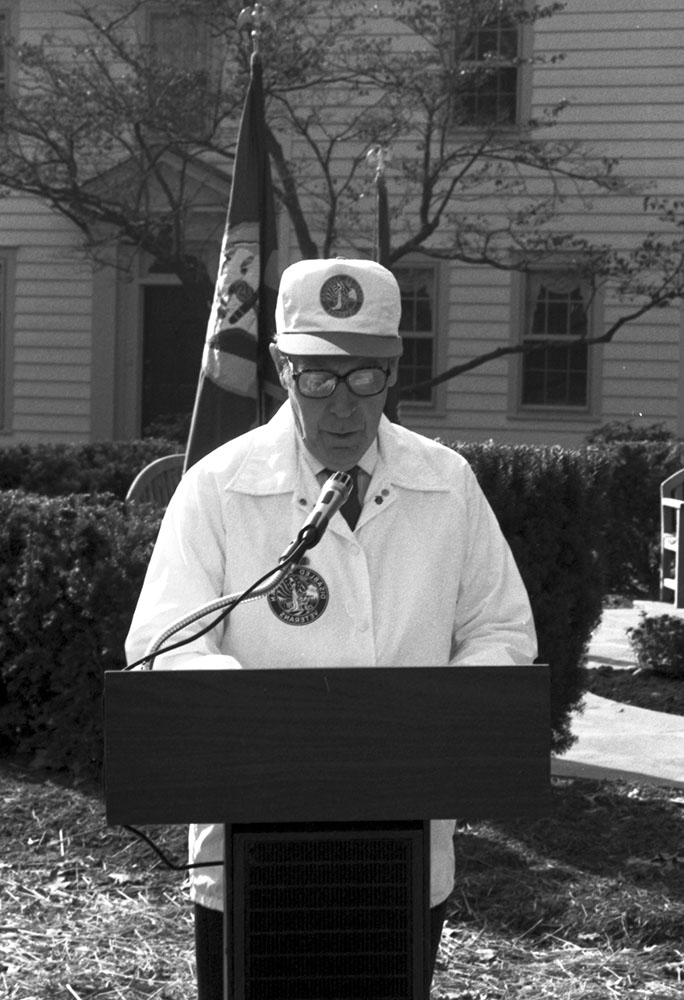 In 1989 a Veteran’s Memorial was added to the grounds of the Alumni House as a memorial to all Bloomsburg alumni and former students who had served in the armed forces. 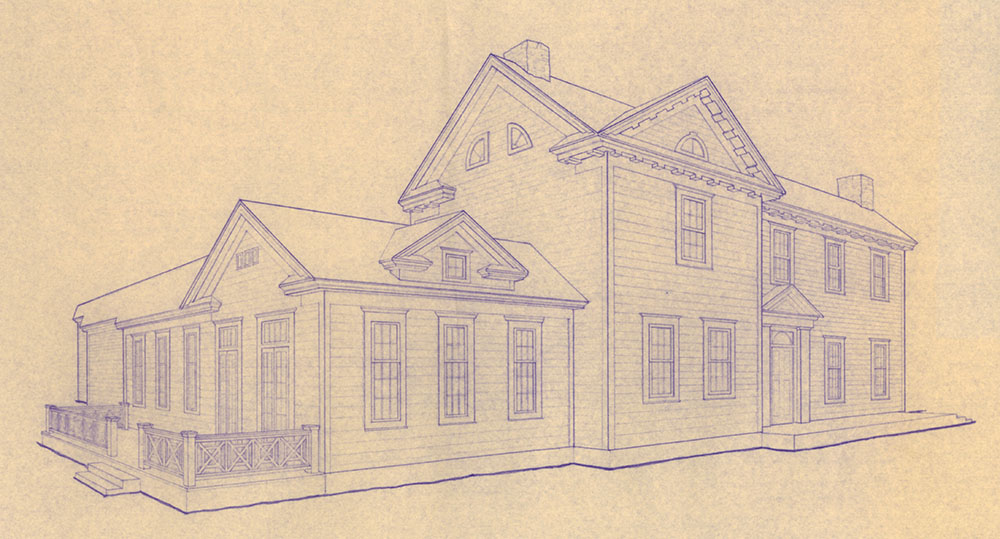 Elevation of the Alumni House addition 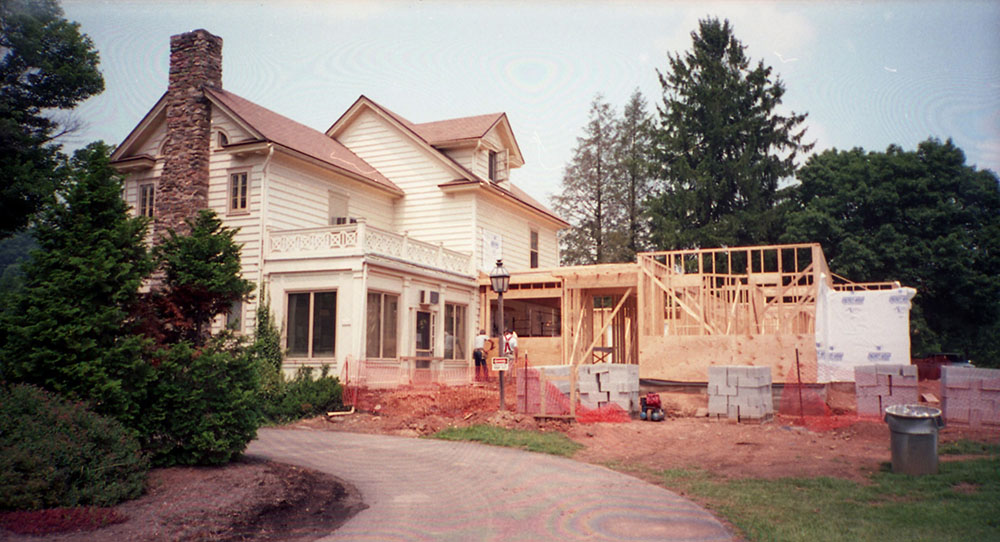 Construction of the addition to the alumni house, which included the English Great Room, July 2001 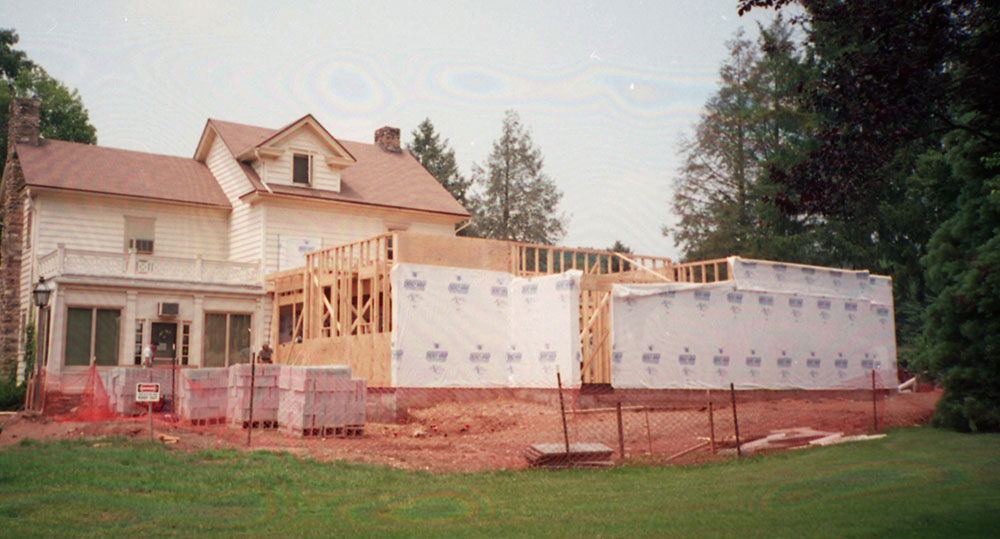 Elevation of the addition to the Fenstemaker Alumni House that became the Curtis R. English Great Room. It was named after a 1956 graduate who was awarded the Distinguished Service Award in 1974 and served as interim University president for the 1993-1994 academic year. 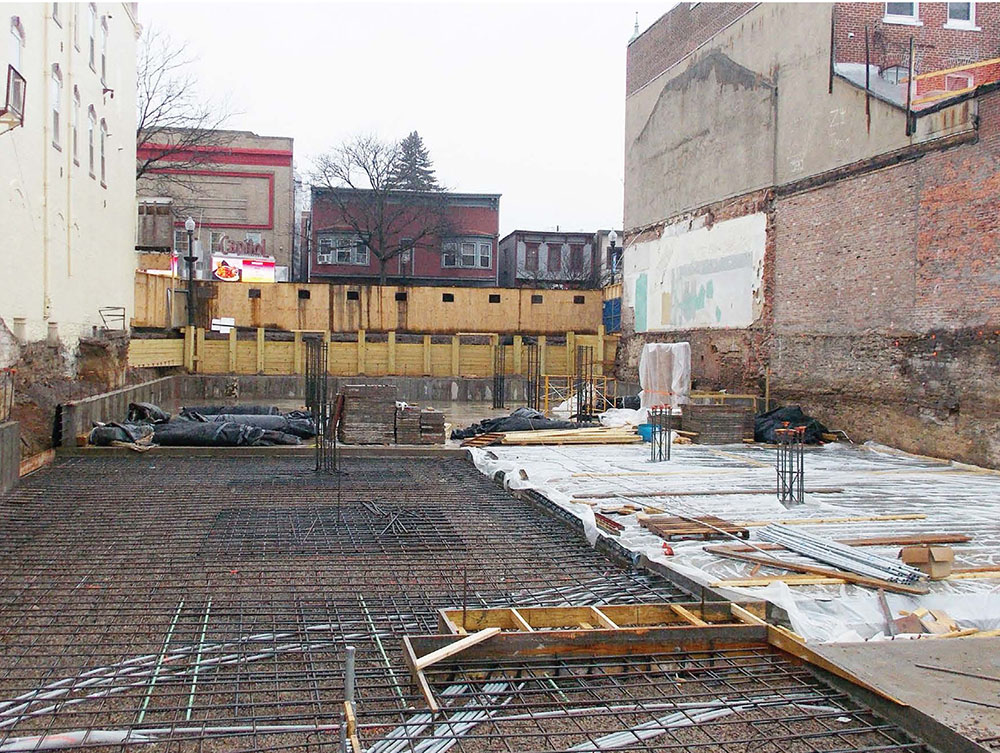 The Greenly Center under construction in 2013 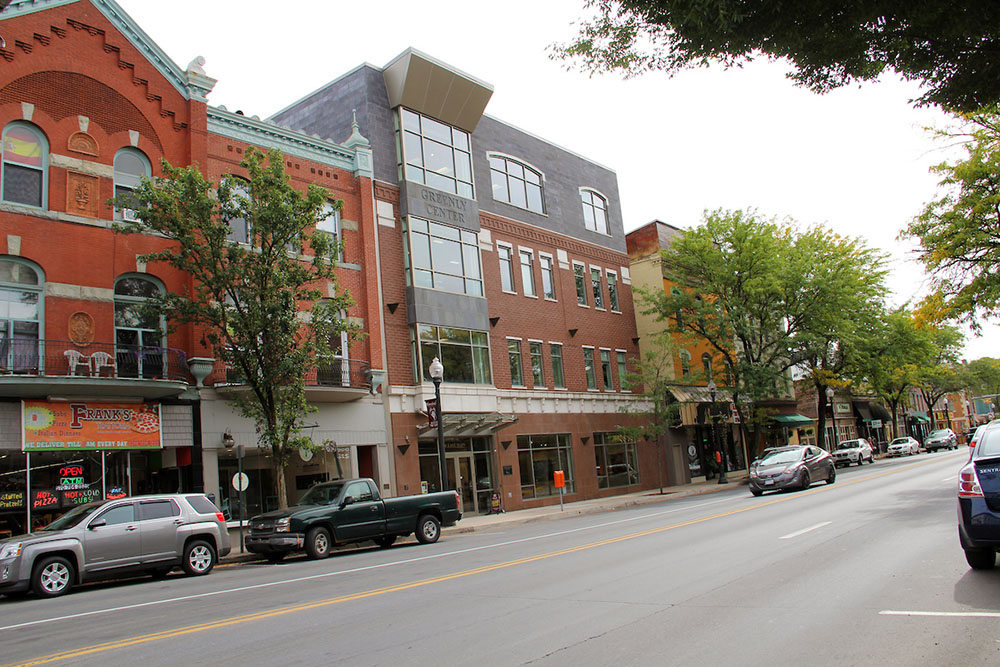 The Greenly Center on Main Street was built by the BU Foundation to serve as its headquarters and was dedicated in 2015. Four years later the Alumni Association left the Fenstemaker Alumni House, its home of 34 years, and moved to the third floor of the building.