Using the ACRL Standards for Libraries in Higher Education as a framework, the Harvey A. Andruss Library performed a Five Year Academic Program Review for the Years 2010 to 2015.

As part of the five year review, Andruss Library gathered relevant data and library statistics from the institutional research office designated peer institutions both within the PASSHE system and from other states.  The two primary sources for comparison data were the academic library surveys: Association of College & Research Libraries (ACRL) and Academic Library Services (ALS) -- now aggregated by Integrated Postsecondary Education Data System (IPEDS).  A significant portion of the 2014 data was gathered directly from the chosen comparison institutions.  For comparison purposes, the benchmark charts are divided into a PEER group (colleges within PASSHE) and UNIVERSITY group (colleges located outside (Pennsylvania).  One significantly larger institution (operational budget and enrollment) within each comparison group, has been chosen for perspective. 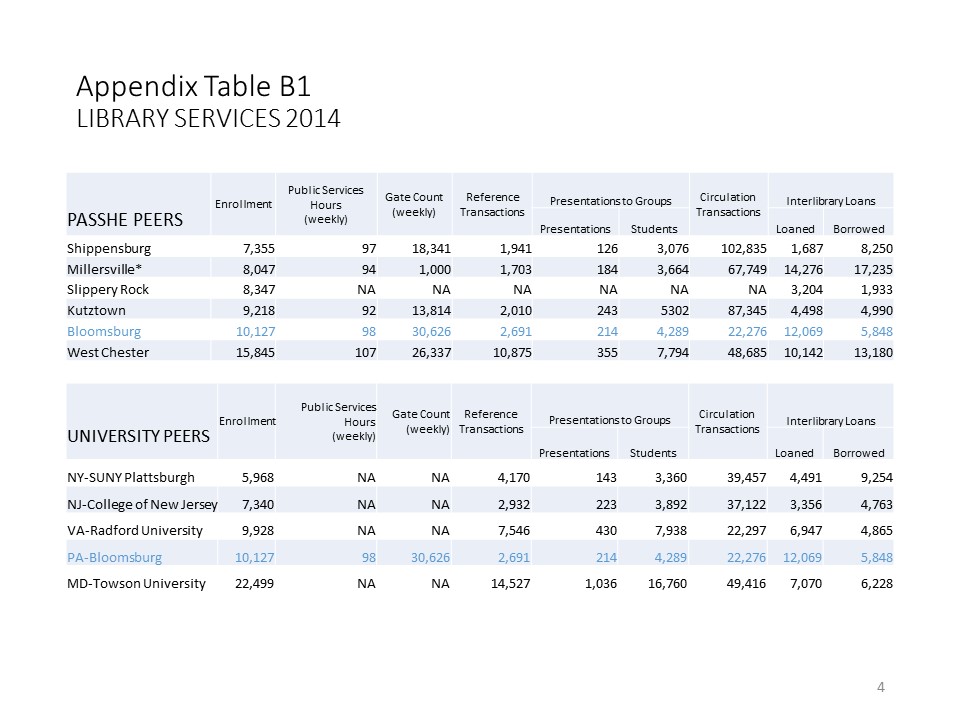 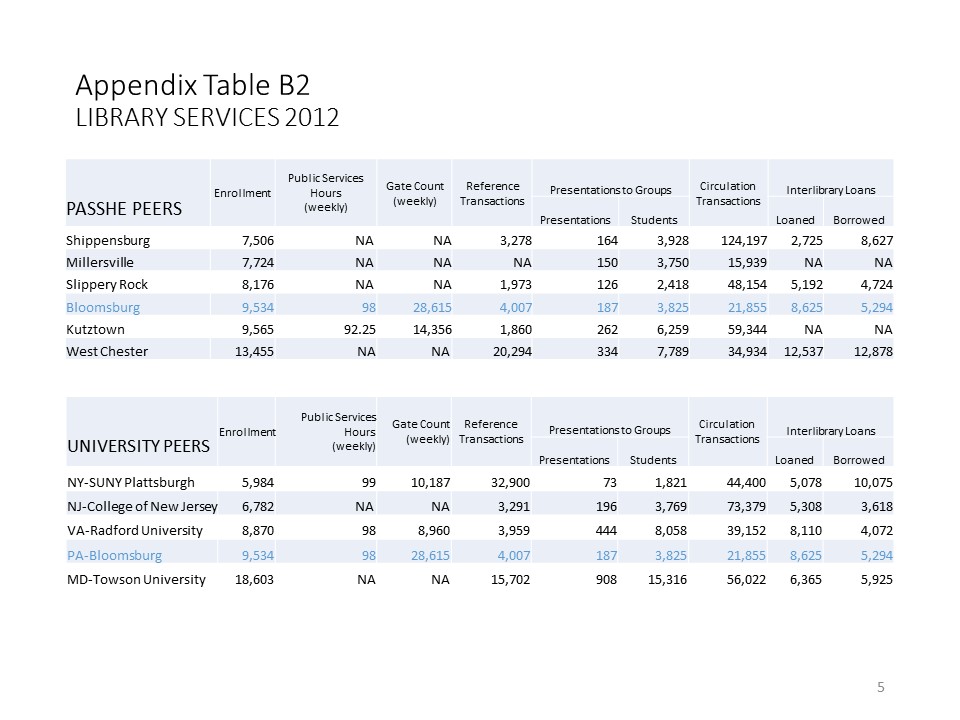 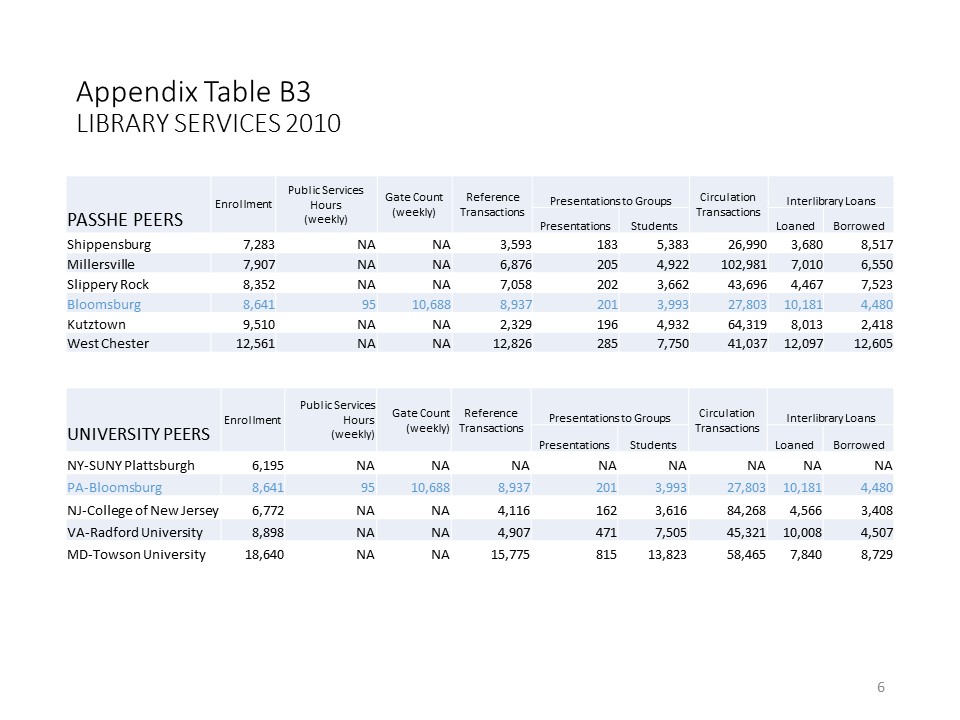 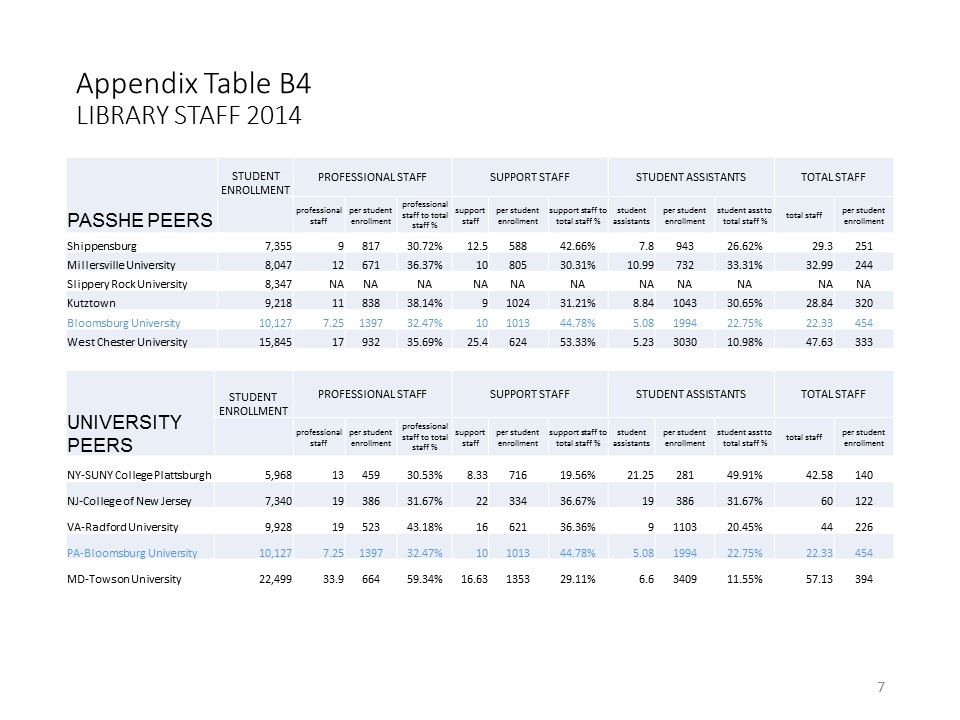 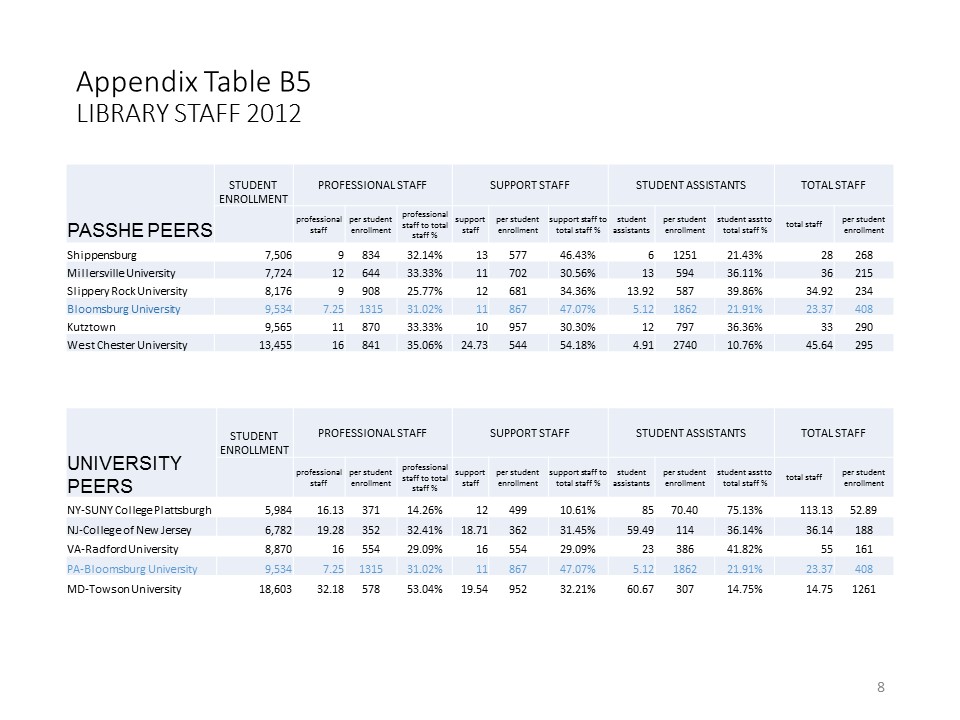 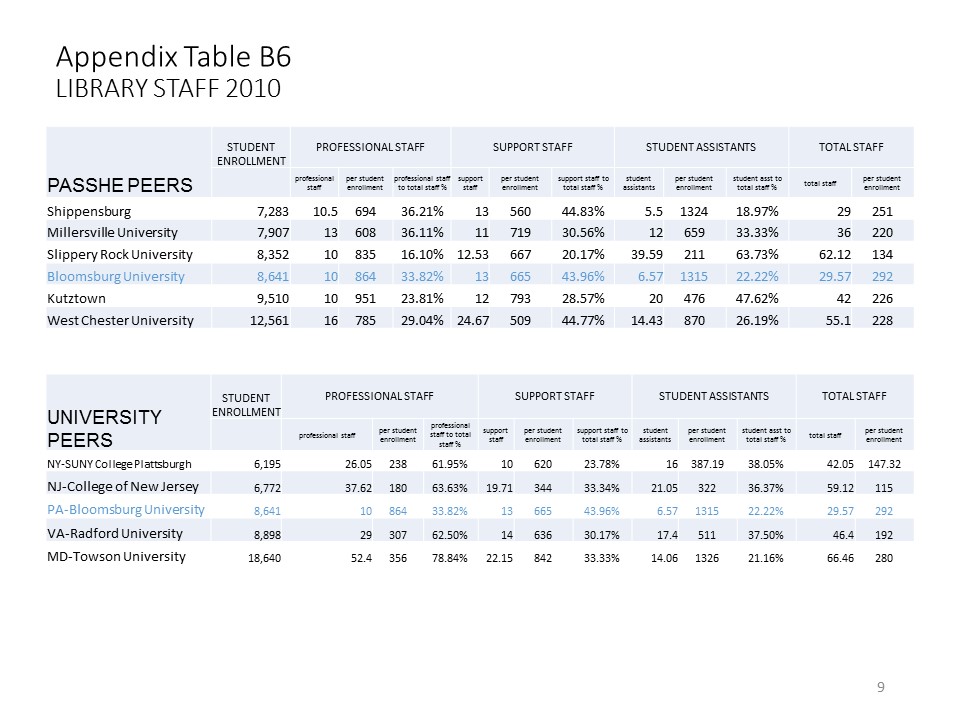 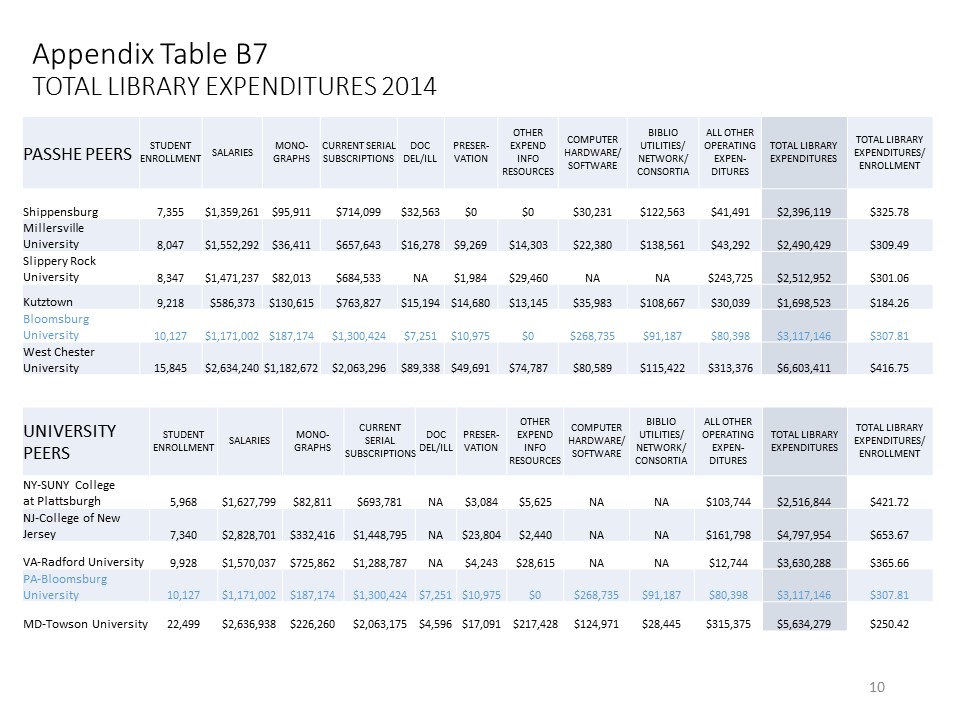 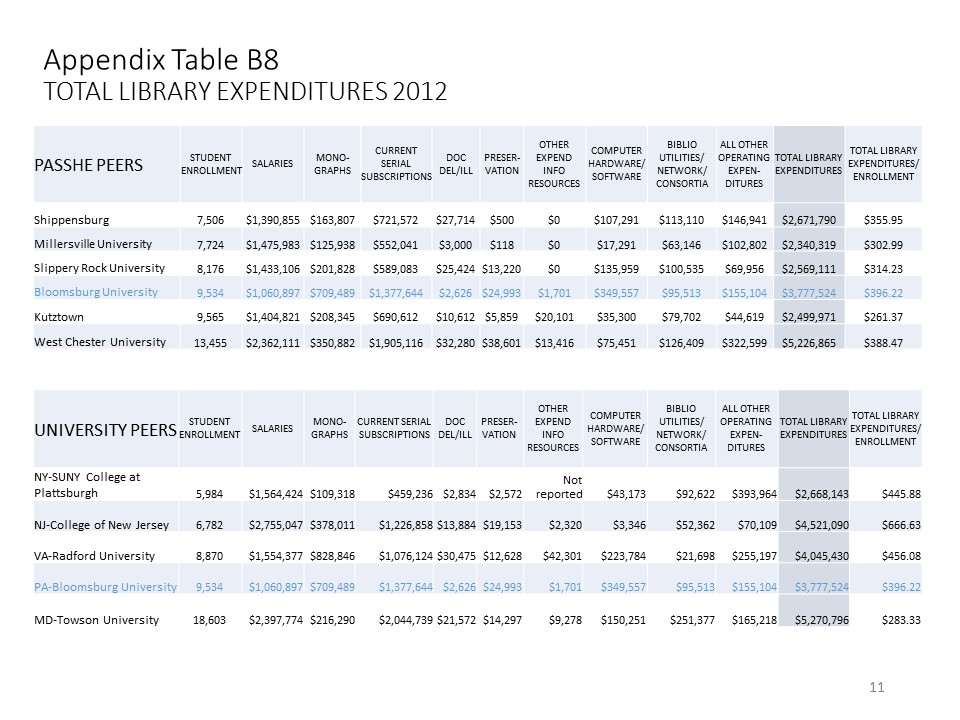 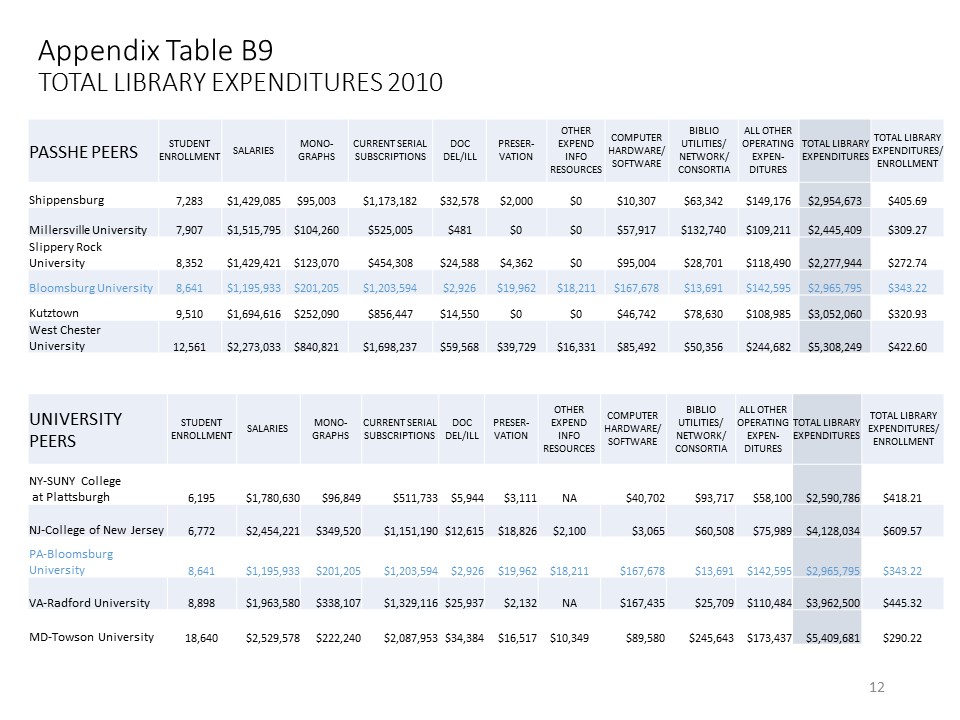 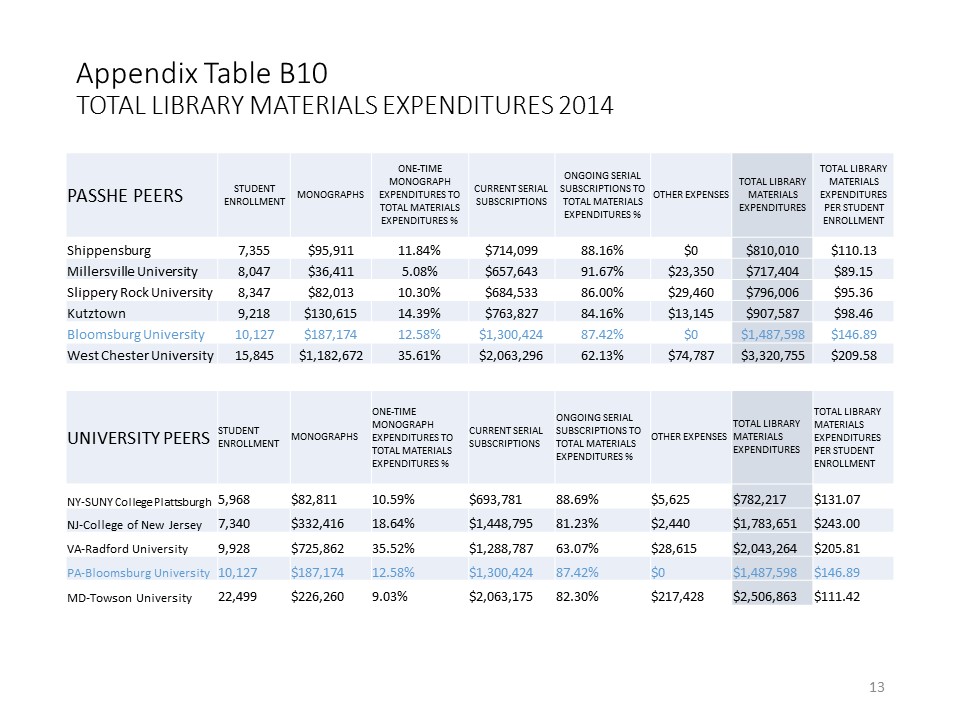 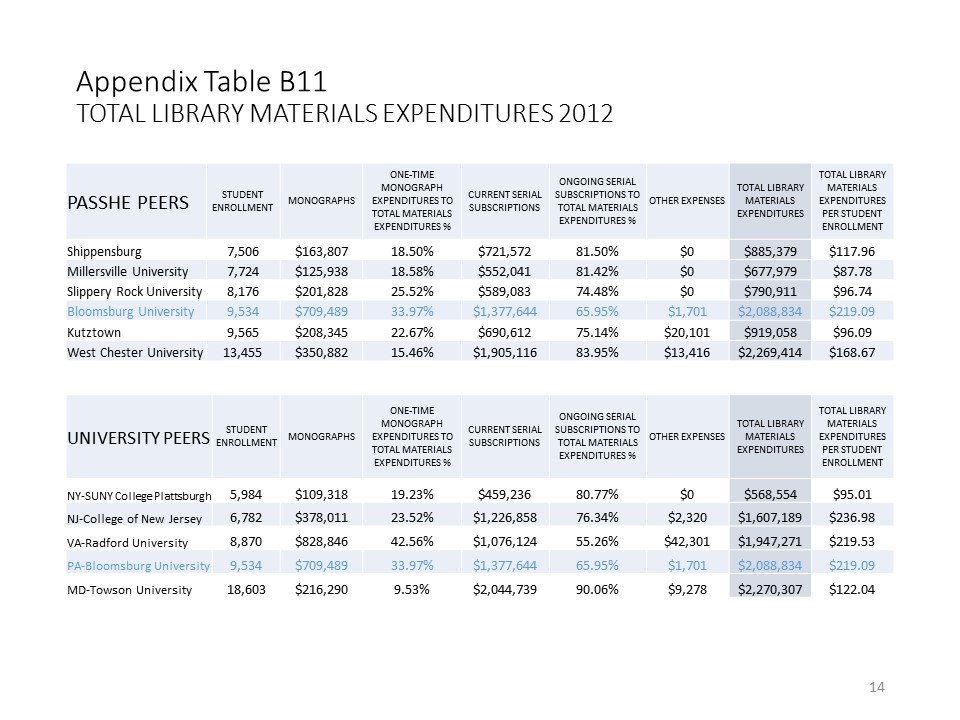 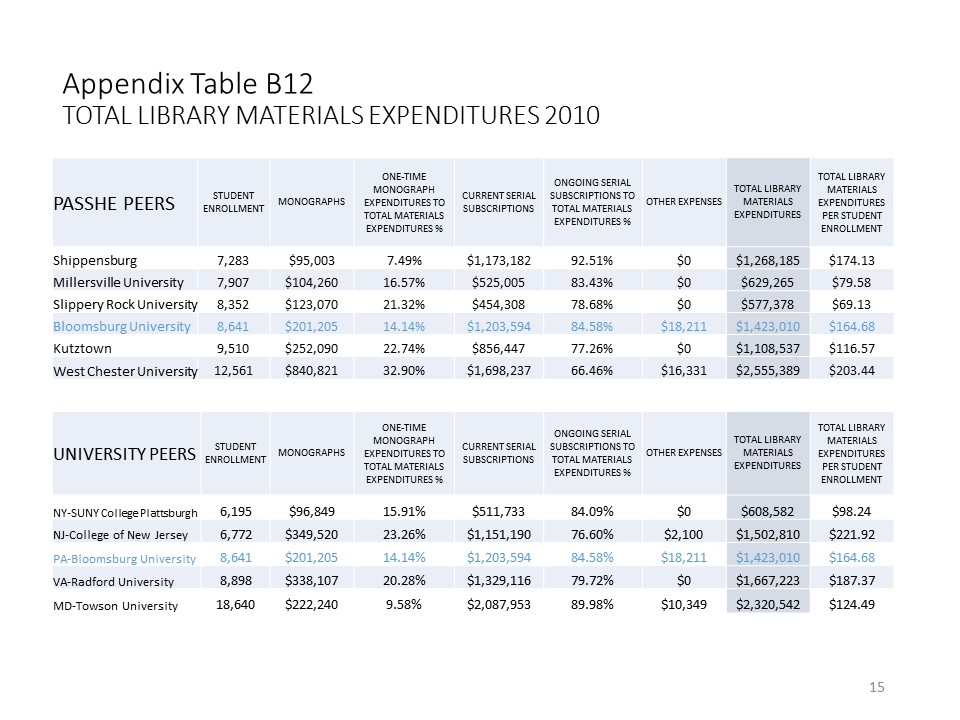 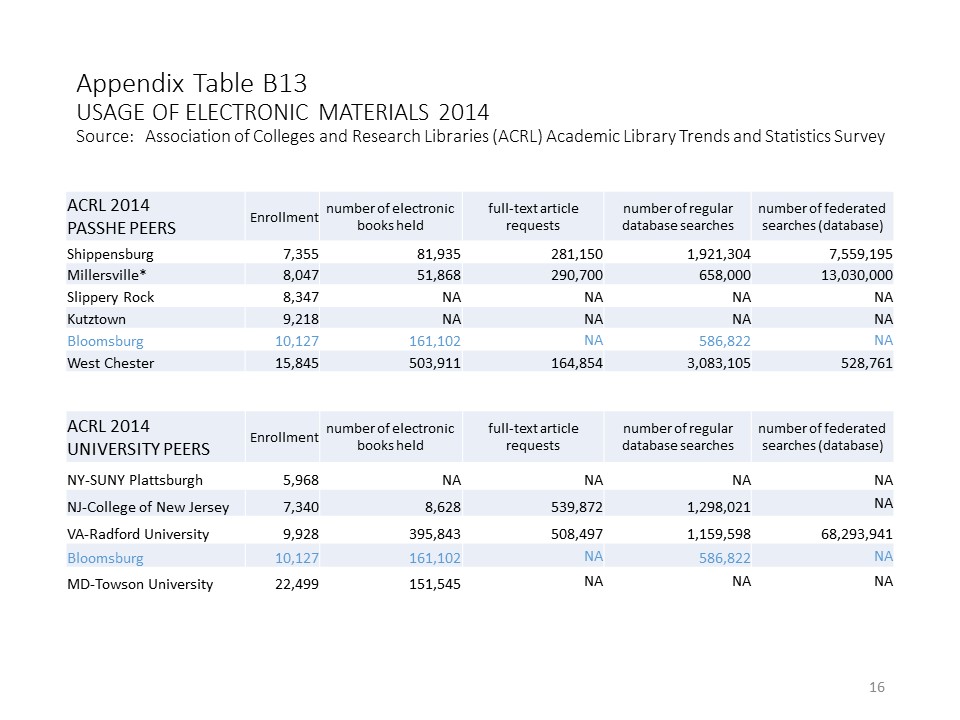 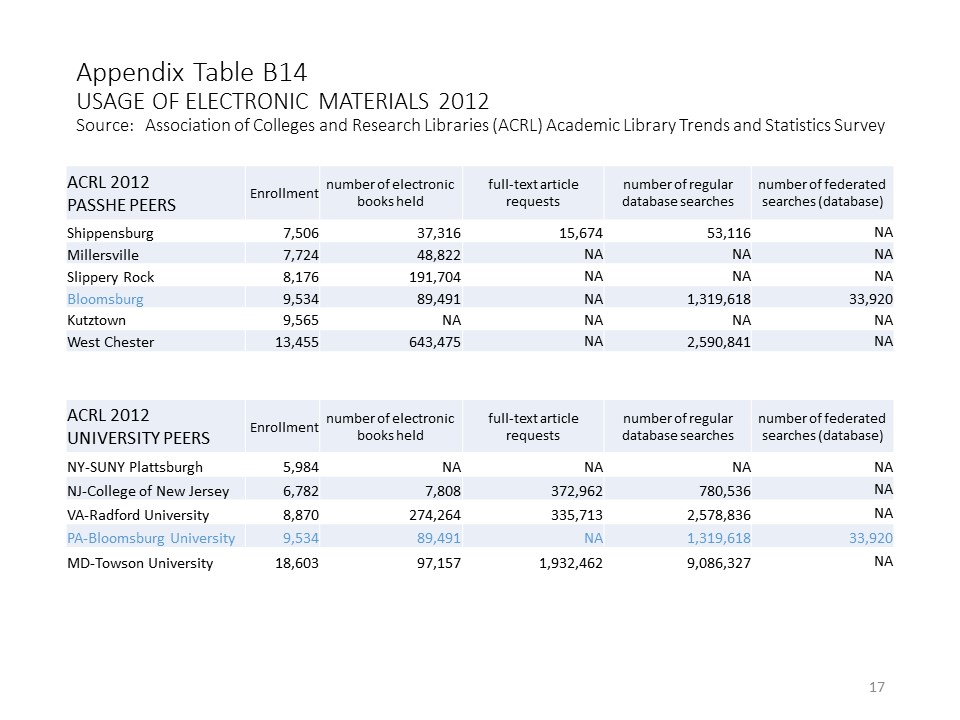 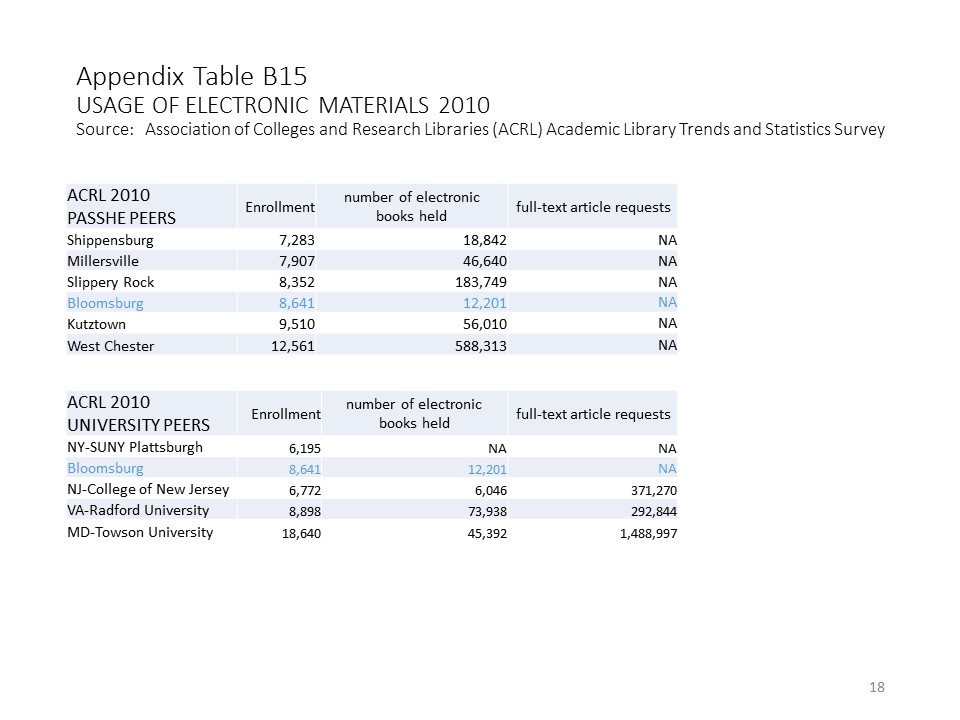 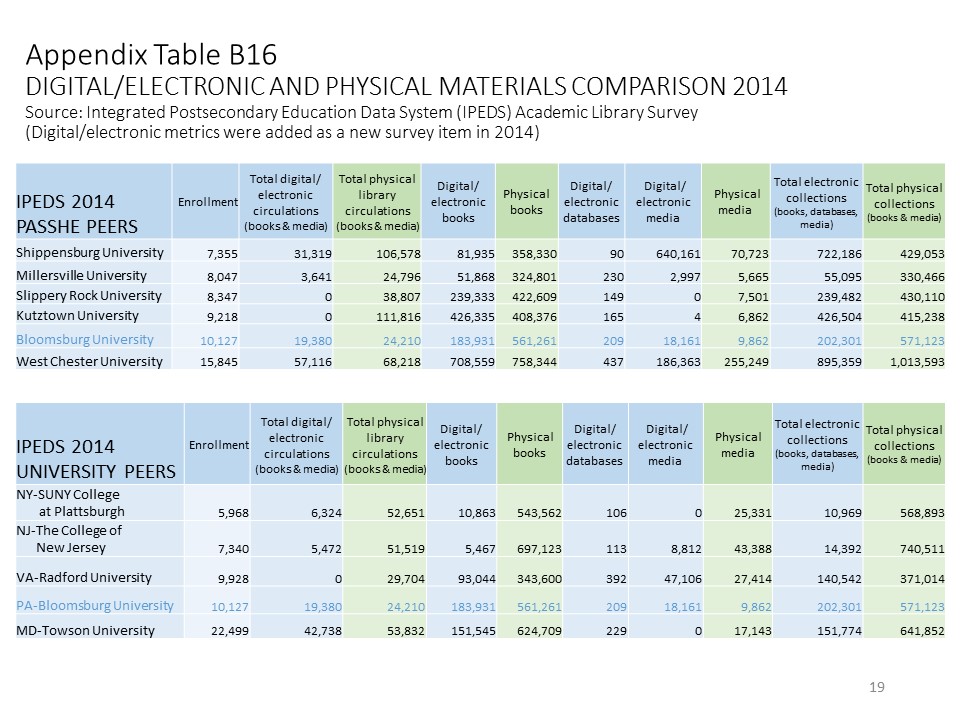